we are happy to announce that on 9.-10. 5. 2015. VI. Topor Team Tournament will be held in Srednjoškolski centar, Andrije Hebranga 26, Samobor.


1.1. Playing the game
End Times are upon us!
End Times lord and hero percentages, units, armies and magic will not be used in the tournament. However all characters, units and magic items are 0-1 in a single team, there simply aren't that many left out there. Special characters are not allowed as they are probably dead or dying off somewhere. Also, old allies are decimated, so you better find new ones as quick as you can. All alliances are acceptable.

Games are played with open rosters.
During the game; deployment is done by each player from the team deploying one unit (so a team sets up two units; characters count as a unit for each player). Team that finishes the deployment first gets +1 on the D6 roll to see who goes first. Teams that have no war machines (or units that fire as such), playing against a team that does, always get +1 to see who goes first regardless of if they finished the deployment first or not. Alternately special rule can be used if both teams agree to it. Each team selects and places a single hero from their army in the middle of the table. The heroes are locked in a challenge and fight to the death! The victor's side gets to go first but the losing team has army wide hatred against the victorious character.

Terrains will be set by the organizer. Participants should return the terrain to its original position after they finished their game.
Unless opponents agree otherwise, all measurements are made from bases, not movement trays.
If a team is late for the game more than 30 minutes, the opponent gets a 20-0 victory with maximum VPs (including banners and generals) and a sports score of 4 for that game, while the offending team gets 2 points in sports.

Current GW errata and FAQs will be used. ETC FAQs will also be used since they supplement the GW ones.

1.2 Army lists
Teams must send their army lists by midnight April 26th, 2015. by e-mail, to ttt[et]udruga-topor.com
A printout of your lists will be handed to you upon registration.

1.3 Armies
Topor Team Tournament is a team event consisting of two players each with 1500pts. Both players have to follow the lord, hero, minimum core and rare point allowance of 25% (375pts) and special of 50%. Maximum unit size is 350pts. Besides that, players may team up their armies as they wish! Keep in mind 0-1 restriction for everything which makes team mates taking the same army quite difficult. Units for the allied army can be deployed where they wish. Panic is worked out as if the units were from one army. Characters cannot join allied units. Allied general and BSB can be used by other units but their range is reduced to 6''.

1.4 Models
Each player is required to bring: Armybook for his army, all necessary dice and a tape measure marked in inches. We reccomend you also take a D20 die!

Models do not have to be painted.
However, each model in the army must be assembled and glued to the appropriate base. All unites must have appropriate movement trays (single model are excluded). Proxies are not allowed but conversion are warmly welcomed.

1.5 Line of Sight
True line of sight, as presented in the 8th edition rulebook will NOT be used. Instead, the following rules will be in effect in the tournament:
• Level 0: Swarms
• Level 1: Infantry and War machines
• Level 2: Cavalry, Monstrous infantry/beasts, War beasts, Chariots
• Level 3: Monstrous cavalry
• Level 4: Large Targets, Monsters, Hills (units on a hill add their level to the hill level)
• A house counts as a level 3 for the purpose of determining what can be seen from the
building during the Magic and Shooting phase. To determine how many models can shoot
from a house roll a D3 before the game; number of models that can shoot is D3x5.
• All skirmishers count as 1 level lower than their unit type.


1.6 Scenario
All 4 games will be played by the Batteline scenario.


1.7 Magic
Maximum number of dice to cast a spell is 4. Maximum for additional power and dispel dice, after winds of magic, is 2.
Lvl1 and Lvl2 mages add +1 to casting a spell instead of their current level, Lvl3 and Lvl4 mages add +2. They add normally their level to dispelling spells. Characters with Lore of Death (except Loremaster of Hoeth and Slann with Wandering Deliberations) suffer -1 to cast and dispel in addition to these rules.
Maximum power dice that can be used per phase is 12 per team.

Army specific rules. Besides the rules, all armies provide an unique feature for their allies. These bonuses or drawbacks should be taken into account before choosing to ally with them!

Bretonia:
- Army does not have to pray to get the blessing, they figured out that it can do so before the battle!
- May select one allied character to receive a blessing ward save (same as in Bretonia armybook), remember it can lose it in the same manner as blessings are lost.

Chaos Dwarves:
- After deployment randomly select one allied unit, it (including characters) suffers -1 movement for the rest of the game. If it has fly special rule, instead of losing movement it cannot fly.
- Banned unit: K’daii Destroyer.
- Chalice of Darkness can only be used before casting a spell (in each team’s turn).

Empire:
- May select one allied unit or a character. It receives +1 to armour save for the rest of the game. Unit cannot cost more then 100 pts and the character cannot be from Lord selection.
- Banned unit: Steamtank.

High Elves:
- After deployment select one allied unit or a character to receive +1Ld for the rest of the game. Allied units cannot use their own Inspiring presence or Hold your ground! Only from HE general or bsb with the range of 6’’.
- Banned: Frostheart Phoenix.

Orcs and Goblins:
- Remove animosity special rule since OnG army has a new ‘ally’ to focus on.
- After deployment randomly select one allied unit. It suffers D6, S3 hits. With heroic killing blow, flaming and no armour save special rules.
- Magic mushrooms do not count as power dice and can be added to 4 PD used to cast (as a 5th die).

Ogre Kingdoms:
- Select any one model from the allied army. It gets eaten (it dies). Roll a die afterwards. On a 4+ you must select another model and roll again. On 2-3 nothing happens. On a 1 random Ogre character suffers a wound from bad digestion. If enough models are removed from a unit it takes a panic check.
Skaven:
- Allied war machines (and units that fire as war machines) suffering a MISSFIRE and rolling on the MISSFIRE chart get -3 for the roll.

Tomb Kings:
- Tomb King units can march in the same way Vampire Counts unit can (being 12’’ from the army general; being 6’’ from the allied general does not help).
- May select one allied unit to gain Entombed special rule (same as in tomb Kings armybook). Unit cannot cost more then 150pts, characters cannot join it.

Vampire Counts:
- After deployment allied army selects D3 models, they are removed from the game. If enough models are removed from a unit it takes a panic check. Place that many zombies, forming a unit, within 6’’ of your army general and in your deployment zone. They can march if within 12’’ of the general and crumble if the general dies. They are worth 50pts if killed by the opponent and while this unit is ‘alive’, your whole army’s suffers -1Ld.

Warriors of Chaos:
- After deployment randomly select one allied unit, it (including characters) suffers -1 weapon and ballistic skill for the rest of the game.
- Characters can never have a Ward save better then 4++.

Time schedule is 2 games on Saturday, 2 games on Sunday.
Side events:
Team BPA (both players place their armies).
Topor Challenge Tournament (after lunch on Saturday). That event is actually an Arena of Death, each team puts in a character and fight to the death against other characters. Pairs are random, 2 characters at a time, played in a direct elimination. The winner is awarded a special prize!
Pit of Death (after lunch on Sunday) .

1.9 Victory Points
Units fleeing at the end of the game or under 25% their starting numbers surrender 50% of their victory points. Rider and it’s mount are counted separately for victory points. Each team can have up to two generals and Battle Standard Bearers, they each give up 100 points as instructed in the rulebook.

1.10. Painting
Painting will not be judged at the tournament. But Team Best painted competition will be held. Our judge will select few armies and tournament players will vote the winner.

1.11 Sportsmanship
Sportsmanship will not be judged at the tournament. But at the end of the tournament, after game 4, all teams are to give one ‘+’ to the team the enjoyed playing against the most. Team with the most ‘+’ will be declared the Best Sports.

1.12 Side events
- Topor Challenge Tournament and Pit of Death!
They will be held after the lunch break, before games 2 and 4.
First is on Saturday and only tournament players can participate with a character from their army.

Second is on Sunday and anyone can participate in it. Even if they are not playing at the tournament. Each person can bring any character (except special character) mounted or on foot, costing up to 400 points. The character has to be fully painted!

Rules for TCT and Pit of Death are:
There will be a single pre combat round. For magic and shooting phase characters are considered to be 1’’ from each other.
- Magic phase- generate spell for each mage, roll winds of magic, each character has ½ of the total PD and DD (rounded down) at their disposal. All Hexes and Augments last for one combat round. Use magic restrictions and rules the tournament uses.
- Shooting phase- characters use their shooting weapon and/ or a breath weapon.
- Impact hits are resolved at the end of this phase.
- One fear tests may be now applied, if failed a character is affected by it for one combat round.
A challenge now starts and characters fight at their initiative order until only one is left standing! There are no break tests. If a character was riding a mount and he dies, the mount gets to attack as usual if it hasn’t already done so. But at the end of the round combat ends and opponent wins. Stomps and Thunder stomps happen at the end of each combat round.
If both characters die at the same time they are resurrected by the gods and continue to fight at full wounds.

** PoD- Pit of Death. All players and visitors can place one painted and based model (min. 3 colors) worth up to 400 pts to fight in PoD competiton.

*** Before lunch, nominees for the BPA competition will place their armies in a designated area for
display. All participants should vote for one of the nominated armies during the lunch break.
There will also be tables for side gaming. We hope that there will be a presentation for some historical gaming and terrain workshop.

Parcitipation fee is 10€ per TEAM.
Tournament includes snacks and all sorts of drinks on both days.

We wish you all great fun and lots of lucky sixes. 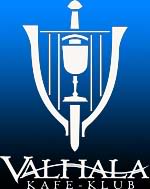